Back to all posts

You Are What You Eat 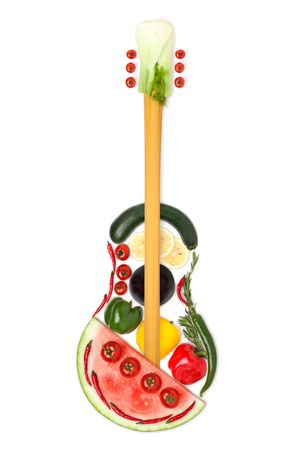 We’ve probably all heard that saying, “you are what you eat,” but how about this one:

“You play what you practice?”

To some extent, they’re both true. If I am even slightly correct, it begs the warning/question:

“Be careful about what you’re practicing.”

There was a time in my life when I practiced 8 hours a day. This is not uncommon for some  players, and certainly not the best ones, whom we know had their axe in their hands almost constantly!

But as one starts a family, gets a full-time job, has children, their body and mind slow down  as they age, and their time available tightens up considerably. Very few if anyone I know older than 30-something has the time or the inclination to practice like Charlie Parker did in his 20’s. For the bulk of us, that makes the question of how and what to practice even more crucial if our goal is to become a better player.

I believe that if you are one of those people like me, who have limited opportunity (mentally or physically) to focus on getting better as a player, then you should practice playing as opposed to what I fear some people do instead, they: practice practicing!

What’s the difference? To practice practicing means to spend the bulk of your time with your instrument on technical exercises as opposed to musical ones; for instance, to practice running scales as opposed to melodies. I wrote a earlier article called, The Shed and the Toolbox, in which I describe the difference between building a big “toolbox" with things like scales and arpeggios, and building a ”shed” which represents an actual musical statement.

Scales are a tool; Melodies are music. To practice playing means to focus more on the shed and less on the toolbox. The best way to do that is to play songs and  melodies as much as possible, and ideally with other people. If you don’t have people to do that with, then there are many  “Play-Along” products such as Jamey Aebersold. I have used Aebersolds’ products myself when I didn’t have anyone to play with in person (almost all the songs appearing on my very first CD, Everything I Love were practiced with Jamey’s play-a-longs).  Everyone needs to know how to play scales and arpeggios, but there are a variety of ways to practice them that can make for a more musical focus. For instance, rather than practice one individual chord arpeggio, put together three at once over a ii-V-I progression; and instead of practicing scales up and down in step-wise motion, try playing them intervallically in 3rds,  4ths, 5ths, 6ths, and 7ths. There are other ways to vary your practice routine to emphasize melodic playing and repertoire  building, but there’s not enough space to cover more than a couple in this brief piece. Contact me for more specifics if you wish!

Here’s a list of things you can do to practice playing in lieu of practicing practice:

2. Play music with others, including "sitting in" when appropriate

4. Adjust your practice of “tools” slightly to emphasize the playing of melodies or motifs/arpeggios that can be sequenced through some “changes"

5. Compose your own songs and/or make your original solo arrangements of cover songs and/or chord-melodies that you can also play with others