Moving to Singapore from HK in 1994, and having just released my first CD, I was most anxious to continue playing jazz professionally. But, I had only the right of abode there and no valid employment pass. I met the Singapore branch accountant of a music company that I had worked for in HK, and he suggested I incorporate my own company in Singapore, thereby obtaining an employment pass as Managing Director of my own entertainment company. I had no idea then how successful the company would become. Within a few years the company was making more than I was as a player! But it was a slow start, taking about 6 months for me to get a steady playing job, my primary goal.

In 1995, I joined the world famous Raffles Hotel where I led a steady jazz group for over six years ( see letter). Occasionally musicians visiting Singapore came to Raffles to play with my trio, for example, Akira Jimbo from Caseopia, jazz singer Carol Kidd from the UK, sax man Gordan Brisker from the USA, and a host of guitar players and others.The atmosphere on that steady gig was always very fun and relaxed, a players' dream (and mine) come true!

I recorded four CD's and six videos in Singapore, was the subject of a documentary movie, appeared on television, and at jazz festivals with "World Beat" and "Integration", 7-10 piece world-latin-jazz-fusion bands. My company boasted a most prestigious list of regular clients. 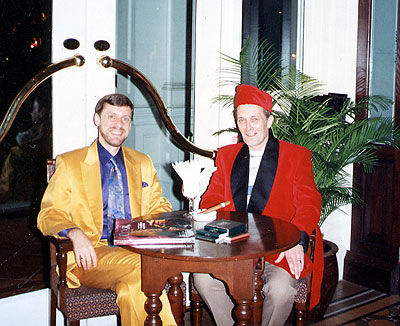 Ministry of the Arts' "Jazz in the Park" @ The Botanic Gardens

For 2 years, Organizer of all entertainment for all premier events 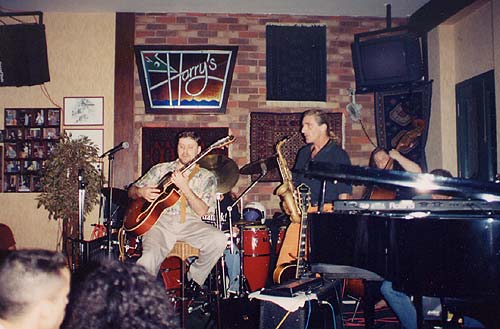 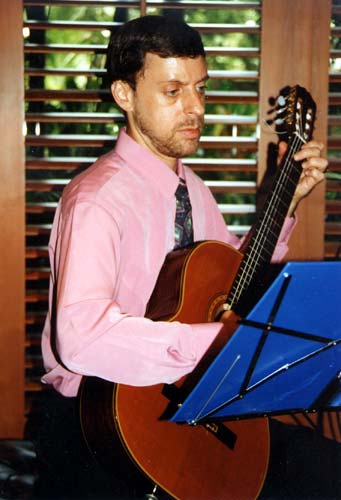 Agent for the hotel for 2 years

"Played and arranged all the musical

entertainment for the US Navy Ball three years in a row, to rave reviews."

Agent for the club for two+ years (see letters)

Band Leader of The Greg Chako Swingtet featuring The Jitterbugs