“The Language of Freedom”
by caroline chng 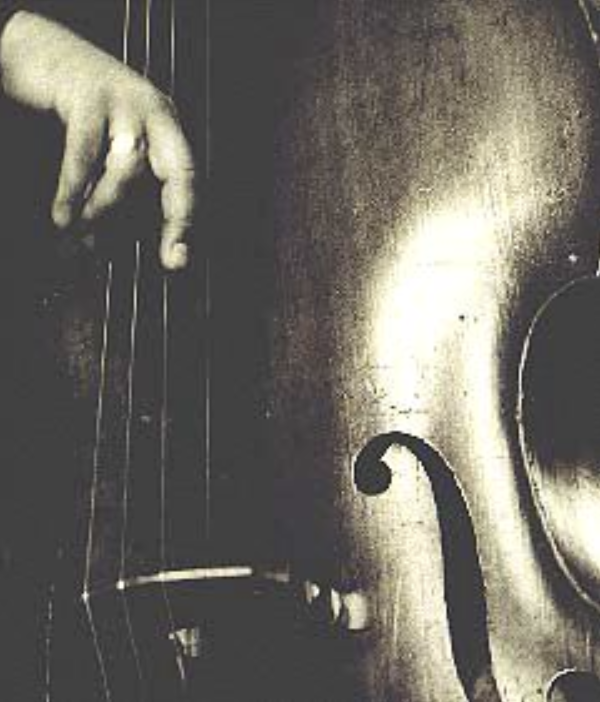 On the one hand, some would associate jazz with Kenny G. On the other hand, others would oppose that correlation and identify jazz with only the maestros like John Coltrane, Duke Ellington or Ray Charles.

Jazz has suffered its bulk of misconceptions. An elitist definition is just as inaccurate as a loose one. Although jazz is the forerunner of today’s hip-hop or rhythm and blues, at the crux of the matter lies the factor that jazz is fun. The maestros know that.

“Jazz establishes itself in a structure, like blues (the antecedent of jazz) that has a 12 or 16-bar structure. But jazz also allows for improvisation and creativity on the spot,” says Lloyd “Christy Smith” III, house bassist at Harry’s Quayside Bar. “The strong rhythms can be freely developed by the players, even during a performance, ” adds Greg Chako, who performs at the Bar & Billiard Room. Yes, jazz is the musical language of freedom.

Smith makes another point: “The information age is good. You can find what you want easily at a CD store, but the intellect overrides the heart a bit.” And when Smith teaches jazz, he instructs his students to “react to the music”. Jazz is not merely an intellectual creation. It is, more significantly, a creation of the heart.

“It is heart-wrenching to observe a good gospel choir. They are not commercially driven; they just sing their best for God. Some of them sing better than commercial musicians, and it’s the gospel influence that’s helped many jazz greats play with such strong emotion,” continues Chako.

On the day that I met Smith and Chako, Victoria Hill of Cazbaa Communications (who arranged the meeting for us) spared them of an early morning interview. Jazz musicians don’t finish early, we mustn’t forget. The sun was already up high when we met in a cosy room beside a charming courtyard in Hill’s office. Hill served us freshly brewed coffee, which became the butt of the two Americans’ jokes. “I thought the English drink tea, Victoria,” laughed Chako. The point is, it is fun to make fun of stereotypes.

In addition to stereotypes, preconceived merchandising notions flourish in this digital age. Jazz is not spared. Not just yuppies enjoy jazz, for instance. The two professional musicians were there to help dispel myths surrounding jazz.

Z: What are the roots of jazz?

GC: There is no dispute that jazz has its roots in the Afro-American tradition. With slavery in America, jazz was conceived.

GC: Yeah, and you can hear the African influence in Brazilian music because they took slaves to South America too.

Greg Chako founded a jazz society in Massachusetts in 1982, and has since been actively involved in various jazz, classical and theatrical festivals. Chako Productions has been in business for over 10 years. It is a full service Agency providing entertainment services to hotels, restaurants, clubs and individuals.

Z: Can you give us a short definition of jazz?

GC: Jazz can be defined in three words: honesty, swing and improvisation. Firstly, you express yourself honestly; good improvisers play who they really are. Secondly, to quote Duke Ellington: “It Don’t Mean a Thing if it Ain’t Got that Swing.” Thirdly, you can be absolutely spontaneous with jazz, allowing improvisations on the spot.

Z: Are people aware of these characteristics of jazz?

When we play jazz, we have fun. That’s one thing that people miss about jazz. You participate in it with your emotions and bodies. When I hear John Coltrane hit a high on a sax, I react by crying “wah”! It can be a cry of anguish, pain, or joy.

Kids love jazz. They have no preconceived ideas yet. The only people who say you can’t dance to jazz are adults. When adults ask for a ‘dance’ number instead, I say to them: “Look at your kids,” who are dancing.

CS: I took on a few students. I tell them to listen to how I do it, then react to it accordingly.

Z: What about in Singapore? Do people have misguided definitions of jazz?

GC: Yes. Singaporeans mistake a lot of things for jazz. It is not their fault though. There are no jazz radio stations or television channels. I grew up in Ohio. I hear jazz on the radio, I watch jazz on television; it’s the virtue of growing up in the USA.

Greg Chako founded a jazz society in Massachusetts in 1982, and has since been actively involved in various jazz, classical and theatrical festivals. Chako Productions has been in business for over 10 years. It is a full service Agency providing entertainment services to hotels, restaurants, clubs and individuals.

Z: What about within your own homes? Was the environment conducive for acquiring jazz skills?

CS: I grew up listening to jazz at an early age. My father played piano by ear; my mom played classical music. But growing up in the ’60s was quite an experience in itself. It was the era of James Brown, Motown, rock ‘n’ roll and complete freedom. You can absorb a lot of things then. Jazz rang through records and the radio.

My stepfather played alto sax and grew up in the Bebop era. We had a backyard and had to work it on Saturday mornings ? shucking corn, pulling stalks and whatever. The day would begin with music from John Coltrane, Ray Charles, Louis Armstrong, et cetera and breakfast (pancakes and waffles). Then we worked the yard as we listened to jazz.

When I was two, I saw a bass over at a godfather’s house. He played Dixieland music on the Riverboat at Disneyland. I called my first bass a zuma zuma because of the strumming sounds.

A few years later, around the corner from where I lived, my friend’s neighbour had a bass in the garage. I said “Let’s take it to my house.” With him in the back and me in front, we started home. Then the lady of the house came around the corner in her car. I dropped my end and ran home. I’ve never heard anything about it since. I was five then.

By the time I was 13, I told everyone that I played the bass, but I played nothin’. (Chako was amused.)

Eventually, I graduated with a music degree from the California University Fullerton.

GC: My mom plays classical music. My dad was Greek-American and he enjoyed Greek, Turkish and Arabian music.

When I was in primary school, I would set up some books according to their thickness so that I had a makeshift drum set. I picked up my first jazz record from my stepdad’s collection. It was Oscar Peterson, and I remember rolling about on the floor in exhilarating gladness as I was listening to it.

I didn’t grow up in an inherently jazzy family ? it was more country, rock ‘n’ roll and classical. But when I stepped into the jazz section of a music store in New York, that was it.

Z: How did you end up in Singapore? Have you met people who believe the big fish in a small pond syndrome in the context of American musicians like yourselves who are making a living here?

GC: Some musicians living here have played with greats like Stevie Wonder, so it’s not like we didn’t have a successful life in America and that’s why we’re here.

CS: When we come out to Singapore, or anywhere else for that matter, we bond easier with fellow musicians from the States. You know, meeting someone from the States at some party in a foreign country, there’s an immediate connection, a closeness.

Singapore is an international gateway and good contacts can be established here. But put a musician, any musician here or anywhere else around the world and that’ll change the way he looks at life. He’ll learn to accept cultural differences, which is beneficial. That’s why people need to travel a bit to see how others live. One thing is for sure, family and self-preservation comes first.

Z: What advice do you have for aspiring musicians?

GC: Firstly, develop a solitary relationship with your instrument. Secondly, find every opportunity to play.

Meet other musicians and play with them in a bar or anywhere. Your ex-girlfriend may walk in with a guy you don’t like, but you’ll have to get used to distractions.

CS: Also, play from your heart. And I agree with Greg. You may play well by yourself, but when we put you in a group, you don’t know what to do. Solo’s great, but interaction’s important too.

GC: And ask questions too. Christy and Greg won’t lie to you. You may not have to accept our answers, but you’ll have enough stuff to think about. Some people think jazz musicians are way up there and not very amiable.

CS: Just because we’re on stage, it doesn’t mean we won’t talk to you. We’re regular people like everybody else. We share the music and get the same energy back from the audience. It’s like a give and take sort of thing.

GC: As jazz musicians, we’re naturally interested in lots of things (remember jazz is fun), I make it a point to talk to my audience. Some places prohibit that in Singapore though.

Z: I’m glad the places you play at don’t prohibit that. See you at break time.